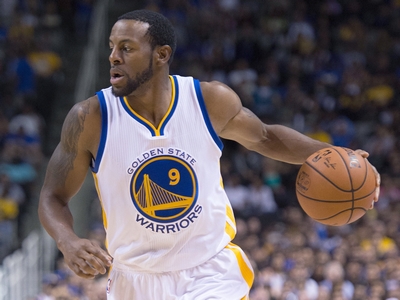 Eric Weiss
@DraftExpress
We've been hard at work the past three years using People Analytics to create a quantitative context for player comparison. Using a Personality and Situation Factor model helps to limit conformation bias and errors in attribution when comparing a player's physical gifts with his observed behaviors.
More From Sports Aptitude
-Opportunity Knocks: Fitting In vs Fitting Out
-Opportunity Knocks: The Pluses and Minuses of Success
-The DeAndre Jordan Rules
-DeMarre Carroll's Long and Winding Road to Stardom
-The Unbearable Lightness of Patrick Beverley
-Everybody Loves Draymond Green
-Jimmy Butler's Rise to Stardom
-How Situation Impacts Success, Part Two
-How Situation Impacts Success, Part One
-The Thin Line Between Busts and StealsIn a perfect world, the end result is a more objective lens from which to determine the best development environment for him to succeedor at least avoid crushing the will to live out of every pass-first, shoot-second, ball-handling, point-forward by smothering him with comparisons to Magic or King James.

The uber-elite of the talent pool tend to garner more talk around the water cooler; understandable, as they embody the hopes and dreams of many a floundering franchise and its expectant fan base. These players tend to endure more scrutiny, but also enjoy greater opportunity as well.

For every bust built from the remains of a former top-5 pick, there are hundreds of players who succeed and fail without fanfare. Their opportunities are fewer, the investment in their achievement far less. It's telling when surveying the championship-contending team rotations how few items are farm-to-table. Not a very eco-friendly development model.

The birth of an NBA role player is typically defined by survival. This is a system that favors adaptability. Those whose talent doesn't blow the bell curve, must be well-versed in how to win friends and influence people in order to survive.

Fantastic Beasts and Where to Find Them
There are many factors that go into roster management. A fifteen man roster can appear awful small for an organization that is balancing short and long term projections. However, with the cost of proven commodities about to skyrocket, the value of homegrown talent will increase.

Once again, borrowing from the best practices of the corporate HR world can help us to put that quantitative context into defining the species of player one is working with and the ideal habitat for unlocking the Beast within.

Our mommies and daddies may have taught us that we are all unique snowflakes, special in our own way. But social science has also taught us that patterns exist within all of our personalities and that the probability of predicting behavior increases when you match those personalities to specific situations.

The SAPM model breaks players into five species based on their percent match to a pre-defined group of the league's elite. We then defined a set of situation factors using the DX data archive in order to compare how each species of player performed.

The Air-Speed Velocity of an Unladen Swallow
In the last installment of Opportunity Knocks we touched on the concepts of Social Status and Social Conformity and discussed their potential impact on player's productivity. If you missed it, you can find it here.

Among the five species of Sports Aptitude Plus/Minus (SAPM) players, LOW-MID rated players may have the most interesting preps-to-pros trajectory. The difference between their collegiate and professional development environments and success is the most varied of all 1000+ players in the database.

Combining personality and performance data allows us to create a measurable set of development criteria with which to compare our five species of players. Doing so provides a clearer picture of the situation-specific trends that impact player success.

ADAPTABILITY
There is an astounding difference between LOW-MID SAPM player Adaptability from college to the pros. On the NCAA level these players are more Engaged, showing less variance in production and efficiency relative to the quality of the team they are on or the role they play on it.

LOW-MID's show a high level of Improvement from Year 1 to Year 4 at both the NCAA and NBA level. But their Survival rate is vastly different. This means LOW-MID's have the highest number of NCAA players being drafted, but the second lowest number of players playing regular minutes by their fourth year in the league.

Stranger still, LOW-MID's have fairly static Statistical production and Efficiency between their NCAA and NBA careers. Yet, those that do Survive and make it to Year 4 in the NBA do so with a greater Volume of responsibility  more minutes and a higher usage rate indicate.
The fact that LOW-MID's maintain their Efficiency with a substantially heavier Workload Volume and Role Responsibility is encouraging. But why is the increase in statistical performance so low relative to the uptick in involvement?

GROWTH RATE
More clues to the LOW-MID mystery can be found here. At the NCAA level, LOW-MID's have the highest draft status of all SAPM groups. This means more of them are being taken earlier in their careers and with higher picks than their peers. However, their Impact on Wins and Losses is low relative to where they are drafted, not surprising when you factor in their low overall Productivity.

On both the NCAA and NBA level, LOW-MID's Exceed Expectations. This indicates that more players with lower high school and draft rankings are earning larger roles in both college and the pros  this despite Survival and Engagement rates dropping like a stone with no meaningful increase in Stats or Impact on the court.

RISK/REWARD
So, what gives? How are these players so Adaptable in college, but such an endangered species as pros, despite significant Improvement, a high Volume of responsibility, and a consistent pattern of Exceeding expectations?

There appears to be an underdog quality at work here. Looking deeper into the performance histories of this group reveal that these players perform much better when they are on winning teams. Their strong level of Engagement in college makes sense when you consider that a majority of these players are playing in structured environments and with stable roles on winning teams.

This trend carries onto the NBA, where the most successful LOW-MID's play on winning teams. No other SAPM group is more affected by their Team Environment than these LOW-MID players. Player's drafted later in the draft tend to outperform those drafted ahead of them. These players are drafted onto teams that are typically further along in the rebuilding process and can offer more certainty when it comes to defined roles and development structure.

Though there are more starters in this SAPM group than any other, they tend to perform better when playing the side-kick who adds a sense of urgency to a more even-keeled leader.

Their mix of Emotional, Analytical, and Threat-Sensitive tendencies are better applied to a more stable environment where they don't have to be the one to answer all the questions, or manage all the other personalities on the team, instead focusing in on themselves and how best to fulfill the role they play on the court.

Westbrook/Durant. Rose/Butler. Curry/Green. Leonard/Duncan  all players on excellent teams who have shown strong observable indicators of this dynamic at play. This Yin/Yang approach to building a team's core may be a key element to unlocking the full potential of a LOW-MID player's potential.
Read Next...