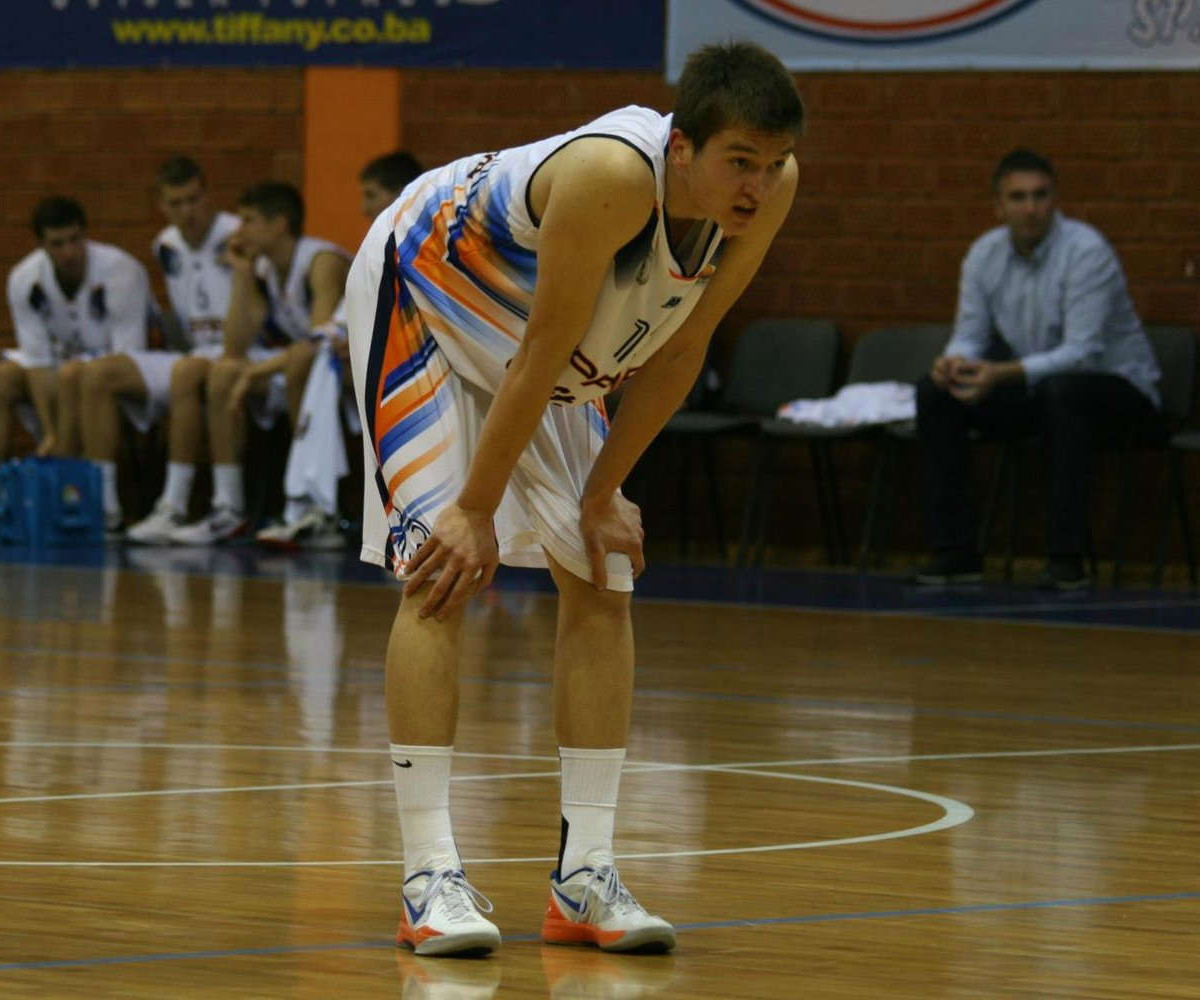 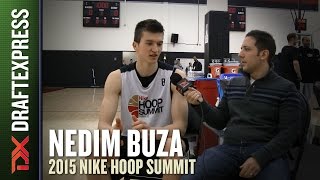 DraftExpress
@DraftExpress
An interview with wing prospect Nedim Buza of the World Select Team at the 2015 Nike Hoop Summit.

After struggling to shoot it consistently during the week leading up to the game, Buza knocked down both of his triples, one a step back off the dribble and another deep three of the spot up variety. Buza didn't' play at ton but gave the World Team size and shooting at the wing spot. He shoots it a bit flat but made it work on Saturday, which he'll need to continue to do moving forward to give him a consistent skill to go along with his physical tools. Buza committed a bad turnover in traffic as his limited ball skills clearly showed. But given his size and potential as a shooter, Buza could hear his name called in the second round of the NBA Draft in the future.
Read full article

Jonathan Givony
@DraftExpress
Nedim Buza was as assertive and productive as we've seen him all week, which is a good sign considering how much he struggled in the days before. He made quite a few outside shots, and was constantly looking to attack the defense in the early offense off the dribble. Buza has been a pleasant surprise defensively and on the glass all week, looking much better than advertised in both departments, so it was nice to see his skill-set translate to productivity offensively. He's got good size for a small forward at 6-8, a solid frame that should continue to fill out, and a nice shooting stroke that has been fairly streaky through the week but clearly has potential.
Read full article

Buza has good size for a small forward at 6-8 in shoes, with a solid wingspan as well. His 199 pound frame is definitely on the light side, though, just a pound heavier than Otto Porter's right before he was drafted. His standing reach is unexceptional, but not out of the ordinary for a NBA small forward. On the whole, his measurements look eerily similar to those of Josh Childress', or a slightly taller James Ennis.
Read full article

Strengths:
-Excellent size for a small forward at 6-8. Long wingspan. Strong frame
-Solid athlete. Good quickness and agility
-Excellent perimeter shooter. 42% for 3 at NIJT on 6.5 attempts per game. Shoots the ball with ease. Quick release
-Can attack the basket with either hand in a straight line. Gets very low on drives
-Very good scoring instincts

Weaknesses:
-Average ball-handler in half-court. Right hand dominant. Doesn't change speeds or directions well.
-Not always strong with the ball. Doesn't love contact around the basket seemingly. Struggles finishing in traffic
-Does not appear to be the toughest player around
-Average scorer inside the arc. Just 45% from 2P%. Doesn't get to free throw line at great rate
-No real mid-range game yet
-Not a great defender at this stage

Outlook: Considered one of the top prospects in Europe in his age group. Has a very good physical profile for a small forward. Very good shooter. Limited in many aspects still. Lack of experience playing against good competition was very evident. Needs to keep improving ball-handling skills and develop a tougher mindset to use his physical tools inside the arc.
Read full article