The Demise of the Pac-10 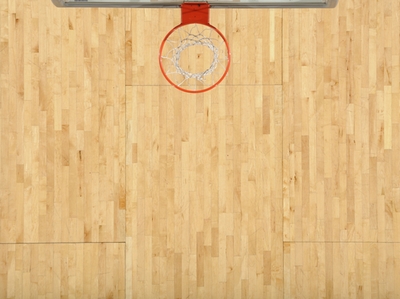 A sad state of affairs has emerged in the traditionally talent-laden Pac-10 conference. With conference play nearing its end, the Pac-10 has shockingly proven itself to be worthy of fewer NCAA tournament at-large bids than the Mountain West and West Coast Conferences. At this juncture it looks very likely to send just a single representative to the Big Dancewhichever team wins the conference tournament.

The Pac-10 appears to be as down as its ever been, being completely embarrassed in non-conference play and subsequently being leapfrogged in the RPI by leagues such as the Mountain West and Atlantic-10.

There are no Pac-10 teams in the top 25, and there wont be anytime soon. The conference has been decimated by a combination of NBA Draft departures, coaching changes and recruiting gaffes, and now faces a larger problem in that recruits are taking notice and are committing to schools outside the Pac-10 at an alarming rate.

In addition, teams like Washington State, Stanford and Arizona State all had a firm grasp on the type of players needed to be successful in their own unique style of play, and recruited successfully in accordance.

These highly successful classes, in addition to the impressive hauls of years past, brought a massive influx of talent into the Pac-10. The conference sent numerous teams to the tournament each year, and was a consistent force against the likes of the Big East, ACC, and Big 12 at the onset of every season.

Unfortunately, this talent did not stick around for very long. In the 2008 Draft, three of the top five picks were Pac-10 underclassmen: USC Freshman O.J. Mayo was selected third, while UCLA players Russell Westbrook and Kevin Love, a sophomore and a freshman, were picked fourth and fifth.

Three more Pac-10 underclassmen were taken in the top-15 of that draft. Brook and Robin Lopez, sophomores from Stanford, were taken tenth and fifteenth, respectively. Arizona freshman Jerryd Bayless was selected eleventh. Another Pac-10 sophomore, Ryan Anderson from Cal, was taken 21st overall by the Orlando Magic.

The trend continued in last years draft, as ASU sophomore James Harden, Arizona junior Jordan Hill, and USC freshman DeMar DeRozan were all picked in the top-10 of the draft. UCLA freshman Jrue Holiday was chosen 17th. This doesnt even account for former Arizona recruit Brandon Jennings, who was forced to play in Europe instead of honing his skills playing for the Wildcats. In addition, the conference lost early-entrants Chase Budinger, Daniel Hackett, and Taj Gibson.

The Pac-10 had become notorious at this point for churning out early entrance players, and completely dominated the other BCS conferences in terms of the number of former players it sent to this years NBA Rookie-Sophomore game.

But part of that lack of talent must be attributed to recruiting woes committed by nearly every team in the conference.

According to ESPN, only two Pac-10 teams top-25 recruiting classes in the class of 2009. UCLA brought in three top 100 recruits, but none of them appear to be of the caliber seen at Pauley Pavilion in years past. Top prosects from the state of California, such as Jordan Hamilton (Texas), Hollis Thompson (Georgetown), Travis Wear (North Carolina) and David Wear (North Carolina) all elected to join powerhouse schools outside of the conference.

Washington on the other hand managed to keep top-15 recruit Abdul Gaddy at home. However, they were unable to persuade ESPN #1 prospect Avery Bradley to stay, nor fellow Seattleites Peyton Siva (Louisville) and Aaron Dotson (LSU).

Additionally, some of these top recruiting classes in the past few years have been marred by heavily overrated players.

Arizona has seen underachievement from two four-star recruits in Jamelle Horne and Jeff Withey, who later transferred to Kansas.

UCLAs vaunted recruiting class of 2008 featured one early entrant, Jrue Holiday, and one more legitimate starter in Malcolm Lee. However, their other three five star recruits have been huge busts. Jerime Anderson has shot just 37% from the field this year, and looks completely lost running the team. Drew Gordon hardly set the world on fire, and subsequently already decided to transfer. JMison Morgan has only managed to earn seven minutes per game, and has proven ineffective in Ben Howlands system.

Being the flagship program of the state that has produced the most McDonald All-Americans in history has not paid off for the top team in the Pac-10 the way it did in the past. Players they thought would develop into major contributors, like 5-star recruit James Keefe, now a senior, have proven to be massively overrated.

In fact, some of the top players in the Pac-10 were largely glossed over recruits. Washingtons Isaiah Thomas, their second leading scorer, was their lowest rated recruit in 2007 according to ESPN. Cals Theo Robertson, now averaging nearly 14 points per game, was only a 2-star recruit on Scout.com. Stanfords top two scorers, Jeremy Green and Landry Fields, were just three star recruits. Current Washington State point guard and Pac-10 freshman of the year candidate Reggie Moore barely got any looks coming out of Rainier Beach High School in Seattle, and had to go to prep school before receiving an offer from the Cougars.

In addition, there have been a number of West Coast recruits who never received attention from Pac-10 schools, or chose to go to smaller schools to occupy a larger share of the spotlight.

Paul George from Palmdale, California has gone on to become a top NBA prospect at Fresno State after not receiving offers from Pac-10 schools. Keion Bell received very little attention from Pac-10 schools, but is now starring as a sophomore at Pepperdine. Jeremy Lin from Palo Alto didnt receive attention from his hometown schools Stanford and Cal, and has now established himself as one of the best guards in college basketball while playing for Harvard. Many of the same things can be said about Nevadas Armon Johnson, St. Marys Omar Samhan and UC-Davis Mark Payne, amongst many others.

Other players choose smaller schools for different reasons, despite receiving attention from Pac-10 schools. Certain prospects have elected to take the big fish in a small pond approach, rather than swimming upstream against a tidal wave of McDonalds All-Americans year in and year out. While this has been true with occasional recruits like Kawhi Leonard of San Diego State and Nevada-Renos Luke Babbitt, it has been even more prevalent with transfers.

The Pac-10 has experienced the problem of players transferring away to a high degree. UCLA has lost Drew Gordon, UW has lost Charles Garcia, Adrian Oliver, and Phil Nelson, and USC has lost Kyle Austin, in addition to other players. These players can see more immediate playing time at smaller schools in the MWC, WCC, and WAC, which has boosted the recruiting power and visibility of teams in those conferences.

Local recruits have started viewing the Pac-10 differently as a result of all this. Fewer and fewer top players have chosen to stay on the West Coast in the past two years. While some of this can be attributed to a relative lack of high school talent on the west coast, especially compared with years past, another major part of this is the poor visibility and extensive coaching turnover seen in the Pac-10.

Pac-10 schools not only suffer from the unattractive time zone they are in from a media standpoint, but are also locked into a TV contract with a network (FSN) that cant compete with the ratings of CBS and ESPN. Many recruits seek national attention, something the Pac-10 severely lacks, a major reason why players like Siva and Bradley gravitate toward schools in the Big East and Big 12 that receive more media attention. The conference has been able to overcome this issue in the past to a large degree, so it should be able to recover from it eventually.

There has also been coaching turnover at two of the flagship schools in the Pac-10, Arizona and USC. Both also face sanctions for recruiting violations in the past two years, and USC is not eligible for postseason play. They may not be out of the clear just yet either. Without master recruiters Lute Olsen and Tim Floyd, the schools could face problems bringing in top talent as in years past.

Stanford, Cal, Washington State and Oregon State have also seen coaching changes over the past few years, and the constant rumors surrounding the job security of Oregons head coach Ernie Kent cant be helping matters either. When so many coaches are being replaced year in and year out, and others are on the hot seat, the first place that is felt is on the recruiting front.

Its not all gloom and doom, though. Besides enjoying some of the most fertile recruiting grounds in the country from a pure numbers standpoint year in and year out, Pac-10 schools also have many of the best facilities in the country, which undoubtedly will help draw recruits.

USCs brand new arena creates an unbelievable basketball atmosphere. Oregon has the advantage of Nike founder Phil Knight pouring money into the school, always upgrading the facilities and thus helping lure recruits to the school. UCLA is upgrading Pauley Pavilion at the moment, and Arizona State just opened up a state of the art complex this year. Most of the other top teams have either significantly upgraded their practice facility or arena recently, or are in the process of doing so now.

Despite all this, the Pac-10 has still had trouble recruiting this year. There are no schools with top-10 classes, and only three schools have top-25 classes. UCLAs Ben Howland is facing a swirl of negativity in the area due to the unattractive and often confining style of play his team employs, and appears to have lost some prestige on the extremely influential AAU circuit.

Washington, typically a strong recruiting school, has been largely unsuccessful to this point, their only significant commitment being an extremely soft verbal from Turkish big man Enes Kanter, who few believe will actually be cleared to play by the NCAA, not without a lengthy suspension at least. Arizona has plenty of high-rated recruits considering them, but no top-flight prospects have committed yet.

The Pac-10 is currently at the bottom end of the ever-evolving and extremely cyclical nature of college basketball The talent level is far below what it normally is due to massive recruiting gaffes and a flood of NBA Draft exoduses.

Even though the league faces significant challenges luring recruits due to poor visibility and competition from smaller schools, many believe the Pac-10 will soon be back to where it once was, if only because of the prestige top teams in the conference hold, and the sheer quantity and quality of prospects coming out of the high school ranks year in and year out.

Only time will tell if the conference can reverse its course and return to being an outpost for NBA executives the way its traditionally been through the years.
Read Next...