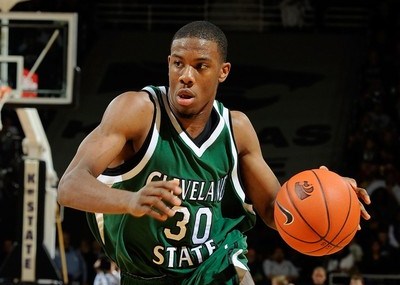 Matt Williams
@DraftExpress
Continuing our coverage of the top returning NBA prospects in Non-BCS conferences, we profile Norris Cole of Cleveland State and Denzel Bowles of James Madison while rankings the like of Akron's Zeke Marshall, Mark Payne of , and Matt Howard of Butler.

Freshmen have been excluded from these previews, as we'd like to wait and see what they have to offer on the NCAA circuit before we attempt to draw any long-term conclusions.

Having profiled Marshall before his freshman season, we've decided to reassess what type of progress he's made in a few months rather than scrutinizing his development with a small sample of game footage.

Having profiled Payne late last season, we've elected to wait and see what type of progress he's made with a fresh perspective in a few months, rather than rehashing many of the same comments made last year based off his 2009-2010 game footage.

Having profiled Howard in depth in 2009, we've elected to wait and see what type of progress he's made with a fresh perspective in a few months, rather than rehashing many of the same comments made at that time.

Moving into his final year of eligibility, Cole has come a long way since his high school days. His work ethic is represented in the improvement in his jump shot over time, and while he hasn't gotten a ton of exposure up to this point, he's caught the eye of scouts and is poised to carry CSU this season. A prime candidate for the Portsmouth Invitational Tournament, Cole is an easy player to like due to his proficiency in running a team. If he shows some improvement in his playmaking ability and defense, he'll be a very interesting sleeper.

Bowles's dominance last season was impressive, but if he can improve his conditioning and play harder defensively, he could raise his stock quite a bit heading into next summer. If Bowles can make some strides in those areas and play James Madison to the top of the CAA, he could generate some nice buzz.
Read Next...