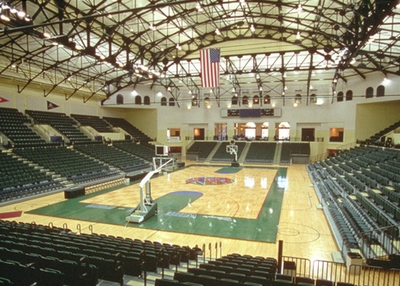 Jonathan Givony
@DraftExpress
By now you may have read blurbs in the Sporting News and Charlotte Observer regarding serious changes that have been made to the format of the NBA pre-draft camp. Numerous members of the basketball community have reached out to us over the past week or so looking for more info and official confirmation about what exact changes are in store, prompting us to hunt out the memo sent out by the NBA league office to all 30 teams, and analyze it below.


As discussed at the Competition Committee meeting in May, we have decided to modify the format of the Pre-Draft Camp. Teams have expressed dissatisfaction with the caliber of player participating in the five-on-five games at the camp, the absence of players who refused to play in the games (which resulted in them not being available for medical testing), and the period of time available to teams to conduct workouts with draft-eligible players. In addition, the cost of the five-on-five portion of the camp didnt seem to be justified by its benefits to the teams.

Thus, we have decided to discontinue the pre-draft camp format and establish a Draft Combine, focused on testing and skills workouts instead of games. The 2009 Combine will take place in Chicago from Wednesday, May 27  Sunday, May 31 and will consist of the following components:

The light skills workouts, anthropometric testing, strength and agility testing, and league organized player interviews will occur from May 27-29, with the medical testing and examinations occurring on May 30-31.

Teams will be permitted to attend or conduct workouts of draft-eligible players beginning on April 7, 2009. Teams are prohibited from attending, conducting or even scheduling workouts of early entry players until the early entry list is distributed.

This is a fairly significant development regarding the schedule and format of the NBA pre-draft process, one that will clearly force prospects and their advisors/agents to reexamine their strategies of how to maximize their draft stock.

New information were receiving here is that teams will no longer have to wait until the conclusion of the NBA pre-draft camp at the beginning of June to begin conducting private workouts with NBA draft prospects, reverting the rules back to the way they were in 2006 and prior, when teams could begin working out seniors as soon as the college season was over (April 7th), and underclassmen and internationals after the early-entry deadline (April 26th).

Clearly the NBA did not get the intended effect it hoped from narrowing the window in which private workouts can be conducted down to just three weekswhich was to discourage first round caliber prospects from skipping the NBA pre-draft camp.

Teams that like to work out a large pool of players and compile as much information as possible on prospects, such as the Houston Rockets and Boston Celtics, will likely enjoy these changes. We heard quite a few complaints in the month of May this past year, as some NBA talent evaluators felt like they were wasting valuable time sitting around waiting for the workout window to open, and then having to compete with limited dates available for prospects to work out in.

Many felt like the five on five games played in Orlando lost much of their luster due to the growing numbers of prospects who decided to decline to play. As evidence, take Gary Forbes for example, widely considered the MVP of the pre-draft camp last year, but not selected in either round by the time the draft rolled around. Clearly they did not feel like the benefit of seeing/uncovering sleepers such as George Hill or Beno Udrih (relatively off the radar prospects who used a strong pre-draft camp showing to boost their stock into the late first round) was worth the effort and costs involved.

One clear benefit we should see now is that the NBA will be able to truly compile the 60+ best players in the draft for physicals, the combine and measurements. Over the past few years weve missed out on acquiring a large pool of data for roughly 30 players (typically those drafted around 15-45) who decided not to attend the camp and were not deemed good enough for the physical-only portion. Players like Jason Thompson and Brandon Rush were drafted in the lottery this year for example, but were not invited to Orlando (or were invited to play in the 5 on 5 games and declined).

Technically the players will be participating in some basketball activities, the light skills workouts (e.g., shooting, ball-handling, position specific drills) discussed above, an addition we saw made to the pre-draft schedule in each of the last two years, which weve written about HERE and HERE. These workouts tell provide precious little insight into a players actual draft prospects, but are unfortunately the only glimpse most teams will get at most of top players in the draft, and thus have at least some value.

The players will likely suffer the most from this move will be the NCAA senior class, which will now no longer enjoy the benefit of sending 40-45 players to the pre-draft camp for a final evaluation in front of all 30 NBA teams. That will likely force a great deal of second round senior prospects to reconsider attending the Portsmouth Invitational Tournament in early April, rather than wait for what now becomes a much more scarce and difficult ticket to the pre-draft camp, something that they may not have done under the old rules.

Keep in mind that the PIT is held a few weeks before the official underclassmen and international early-entry list is unveiled, making it that much more difficult for players to gauge where they stand in the pecking order. There will undoubtedly be players who receive bad advice and decide to decline participating at Portsmouth, and then end up seeing themselves shut out completely of the pre-draft process and not even give themselves a chance to be evaluated by NBA. There is something to be said for being seen by every NBA team and dozens of GMs and other high-level decision makers, something that could certainly sway the tide in a players favoras former Portsmouth standouts such as Jason Maxiell, Carl Landry and Chuck Hayes can tell you.

Also benefiting from this decision are good folks at the Reebok EuroCamp in Treviso, who managed to put together their strongest camp ever last year, but were only able to attract a handful of GMs to attend due to the extremely tight schedule of workouts most teams were conducting at the same time at their facilities back home. Even though every team was eventually represented in Treviso in one form or another, and the event was undoubtedly a clear-cut success, the fact that even more high level executives will now be free to attend will only strengthen their offering.

Moving the pre-draft camp back to Moody Bible in Chicago is something very few teams will complain about most likely, as its very hard to find anyone (besides Disney executives) who actually enjoyed camping out in the dead heat of the summer in fake-plastic Kissimmee (aka: the happiest place on earth) over beautiful downtown Chicago. The question is, will the media be allowed to attend?

Other changes made last season, including allowing teams to conduct three on three workouts in their private facilities (previously only four players were allowed on the court simultaneously), and allowing NBA teams to cover the travel expenses of underclassmen, appear to have remained intact for now. Underclassmen only had about 14 days under the old rules in which to work out for teams and gather enough feedback to make the very important decision of whether or not to pull their name out of the draft at the early-entrant withdrawal deadline Seniors will have a slight advantage in being able to start working out for teams earlier than underclassmenApril 7th compared to May 1st or so, which is approximately when the official early-entry list will actually be circulated.

This surely isnt the last tinkering well see to the pre-draft process. After all, the NBA and all 30 NBA teams spend tens of millions of dollars in an attempt to get it right, and largely come away unsatisfied year after year. It will be interesting to see the results of this latest, somewhat drastic move.

"Seniors working out in early April means they will be dropping out of school. This would have a huge impact on the college graduation rates. The NCAA will fight this. "

There is no question that this is something that will hurt the APR rates of dozens of schools across America this spring. Coaches are going to have a very difficult time keeping their seniors in school, and for good reason. Those who will choose their college's future stability over their own professional careers will be few and far between, especially if they don't have the pre-draft camp to look forward to.
Read Next...