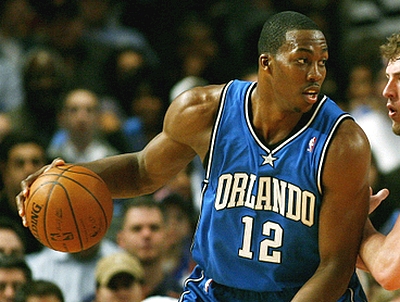 After taking the Celtics to seven games during the 2007-2008 season, the Hawks returned in 2008-2009 and logged their most impressive season in years, cumulating with a second round sweep at the hands of the Cleveland Cavaliers. Thus, the season was bittersweet, one in which the Hawks showed their potential as one of the top teams in the NBA, but also their tremendous vulnerability. Despite possessing one of the most athletic starting lineups in the NBA, the Hawks had trouble replacing injured combo-forward Marvin Williams and finding players to step up when star Joe Johnson went cold. This team needs a second unit capable of stepping up in the clutch and helping to take some of the responsibility off its stars, but they also face plenty of uncertainty at the point guard position as well.

If this post-season proved anything, it was that the Hawks are a team on the cusp, missing a few essential components before they can consider themselves an elite team in the NBA. The most significant problem lies in the weakness of the bench. Any bench anchored solely by Flip Murray, Maurice Evans, and Zaza Pachulia is badly requiring an upgrade. While the Hawks could use reserves at every position, the shooting guard and small forward positions badly need an infusion of youth, talent, and versatility. Bringing Josh Childress back to Atlanta would be a very positive step in the right direction, while former draft pick David Andersen would also fit in very well with the teams existing personnel. With Mike Bibby rumored to be looking for a long and very expensive contract now that hes a free agent, the team will reportedly look in the direction of Ramon Sessions as a cheaper and younger option.

Since Acie Law failed to make the next step in the right direction, it makes sense for Atlanta to look at the depth of this years terrific point guard class and see if they can pluck a productive rotation player from this group. With how shallow their bench is, though, any player that unexpectedly falls out of the lottery should be considered regardless of position. The Hawks have a lot of different options in this draft, but have the potential to get better. While this draft might not put them over the top, the Hawks could get a solid role player to fortify their bench.

The Bobcats had their most successful season in franchise history, landing just outside of the playoffs. While this finish may seem like a disappointment for some teams, the season concluded with more optimism than any season in the Bobcats short history. Larry Brown, in his first season following his disastrous performance with the Knicks, instilled his strict offensive and defensive philosophy and, in the process, maximized the potential of one of the NBAs most talent-starved franchises.

This off-season, however, presents an interesting situation for the Bobcats: part with starting point guard Raymond Felton and hand the reigns over to D.J. Augustin. Felton was finally starting to feel comfortable in Larry Browns offense by the end of the season, but during his tenure with the Bobcats, he has yet to take the next step as a scorer and still is somewhat turnover prone.

With their three draft picks, the Bobcats have the opportunity to pick players that fill immediate needs on their roster, with the most pressing appearing to be at the wing positions. With their first round pick, the Bobcats have the opportunity to find a player that theyve needed for quite some time, a shooting guard who can plays hard on both sides of the ball and can create his own offense. If the Bobcats choose to let Felton walk, they will need a back-up point guard to spell D.J. Augustin. Another position in need of an upgrade is on the wing, a utility player capable of letting Gerald Wallace rest and deepening the rotation.

The Bobcats are in somewhat of a tough situation at the moment, as they have sacrificed all potential financial flexibility with some very short-sighted trades over the past few years that leaves them being too good to land any more high draft picks, but nowhere near good enough to advance past the first round of the playoffs. This team lacks some serious star power, without any real hope of being able to land that coveted all-star that can take them to the next level. To add insult to injury, their owner seems to have lost interest in the team and is now desperately trying to cut his losses.

The Bobcats should be able to another rotation player or two in this draft, but will probably have to look towards the free agent market and trades this summer as a means of really improving their chances in the East.

After a dismal 2007-2008 season, Coach Erik Spoelstra engineered a stunning turnaround, which culminated prematurely with a disappointing first round playoff loss to the Hawks. The heart and soul of this team is still superstar combo guard Dwyane Wade, who does it all on both sides of the ball. While there are some nice supporting players, including last years second pick, Michael Beasley, there is also a disproportionate mix of players either on the wrong end of 30 or too raw to command heavy minutes.

Clearly Pat Riley and the rest of Miamis front-office has work remaining ahead of them in terms of adding pieces to put around Dwyane Wade. The Heat did well in drafting Michael Beasley and Mario Chalmers last season, both of whom played heavy minutes and were significant contributors to a playoff team. Thanks to some shrewd salary cap management, they are also in pole position to make a huge splash in the free agent market of 2010.

Unfortunately, the options to get significantly more competitive in 2009 look somewhat limited at the moment, particularly not through the draft. With the 43rd and 60th picks in this draft, it is unlikely that Miami will acquire a player that will be much of a factor in the near future. Their most pressing need lies in fortifying their front line with size and toughness. Given their draft position, the odds of finding someone who can play here are certainly not in their favor. This draft likely wont ease their burden, but if they are lucky and opportunistic, then they may be able to add a player who can develop into a rotation type in time.

First Round Candidates: None

The Orlando Magic are in the midst of a stunning post-season run and, though they are in a 0-2 hole against the Lakers, this season is one of the biggest successes in franchise history. Behind their franchise center Dwight Howard and high quality starters Rashard Lewis, Jameer Nelson, and Hedo Turkoglu, the Magic fielded one of the more talented rosters in the NBA. There are, however, some problems, most notably what to do with Rafer Alston now that Jameer Nelson has returned to action. Also with the likes of Hedo Turkoglu and Marcin Gortat potentially bolting in free agency, and the team staring the luxury tax right in the face, the Magic look to have some rotation questions to address.

The Magic do not have any draft picks and are already over the cap. One solution may be to add Fran Vasquez, the Magics former draft pick, who brings similar things to the table as Gortat, but he may not be ready to come to the NBA just yet. Most likely, though, the team tries to resign Turkoglu and attempts to make some minor tweaks through the free agent market. This team is in great shape at the moment, and should be amongst the NBAs elite for years to come.

This season was pretty much a disaster for the Washington Wizards. Their 19-63 record was a result of a series of crippling injuries, youth and inexperience, and a lack of depth. Everything that could have gone wrong did just that. While the Wizards young players, particularly Andray Blatche, JaVale McGee, and Nick Young, had their moments, nobody consistently stepped up to the plate, which leaves a lot of questions unanswered during this off-season. Similarly, with Gilbert Arenas finally coming back from injury and Antawn Jamison not getting any younger, this teams durability is in question, as is their ability to make roster moves considering their precarious cap situation.

A substantial chunk of the Wizards salary cap is devoted to just three players, and the team is rumored to be under pressure to cut costs and avoid the luxury tax. That could very well be a dominating point of discussion in the teams war room as they decide which direction to head in on draft night.

With the fifth and 33rd picks in the draft this year, the Wizards have the chance to add some young players to the fold that have the potential to contribute right away and carry a larger load if one of the teams stars gets injured. The problem is, considering the age of their roster, the teams window to win looks very small at the moment, which is probably not something that is conducive to adding another rookie player to the fold. For that reason, the Wizards have been linked with numerous trades over the past few weeks, and could very well decide to move the pick if the right deal offering salary cap relief and a proven veteran comes along.

If they do decide to improve through the draft, the most glaring holes on the roster likely lie on the perimeter, where they could an elite young point guard or shooting guard, a player capable of playing with Gilbert Arenas, on or off of the ball, and capable of hitting shots. With the fifth pick, there are a lot of options, ranging from point guards like Stephen Curry, a wing player like James Harden, or a hybrid like Tyreke Evans, all of whom could fulfill this role. Another significant concern is the frontcourt. Though Andray Blatche and JaVale McGee were solid contributors, neither player was consistent enough to consider the frontcourt rotation set. Jordan Hill will likely be on the board here, if that is the direction that they choose to pursue.