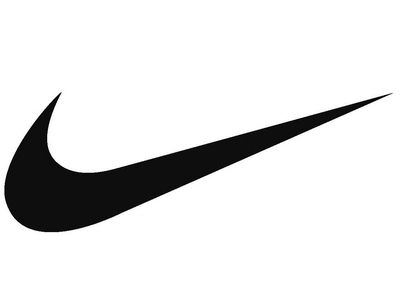 DraftExpress
@DraftExpress
The measurements from the 2014 Nike Skills Academies (point guard and big man) were released yesterday. The Nike Skills Academies measurements aren't always the most accurate around, as there are always a few that stick out like a sore thumb a few years down the road when additional measurements get added into our database, but they do represent an additional data set and have proven to be mostly accurate (or at least in the general ballpark) for 85-90% of the players. Looking at the most notable figures on both sides of the spectrum is usually the best way to approach these. The more measurements we get like these, the closer we actually get to the truth, which is the reason we list every single figure we're able to acquire from official sources.

Notable College Players
-Cliff Alexander cracked the 6'9 mark in shoes for the first time after measuring consistently around 6'8 over the half dozen marks we have for him in our database. As we noted at the Hoop Summit, his 250+ pound frame and 7'2 wingspan give him nice size for a NBA power forward, even if scouts remain dubious that he is indeed 6-9.

-Junior college transfer Jaleel Cousins hasn't played a game of Division I basketball, but standing 6'9 with a massive 284-pound frame and 7'5.5 wingspan, NBA scouts will keep tabs when he steps on the floor at South Florida by sheer virtue of his freakish dimensions.

-Recent Maryland transfer Robert Carter is in a similar boat at 6'8 with a 247-pound frame and 7'2+ wingspan. Carter has lost over 10 pounds since his high school days.

-Wichita State point guard Fred VanVleet measured 6'0 in shoes with a 6'1.5 wingspan, making him a bit small for a point guard at the NBA level. The only NBA point guards with sub-6'2 wingspans in our database are Isaiah Thomas, T.J. Ford, Ty Lawson, Nate Robinson, Jose Juan Barea, Brian Roberts‎, John Lucas, Travis Diener, Ray McCallum, Shane Larkin, and Phil Pressey. Obviously, there is some precedent for players that size making an impact in the NBA, but VanVleet's size is a limitation he'll have to compensate for as he looks to prove himself as a prospect in the post-Cleanthony Early era.

-Fellow Shocker Darius Carter will play a key role in replacing Early, and brings tremendous length and strength to the table. Standing 6'7, Carter's 241-pound frame and 7'2.5 wingspan are extremely impressive.

-LSU's Jordan Mickey has a similarly impressive wingspan standing 6'7.5 with a 7'2 wingspan. Mickey was able to man the pivot for the Tigers for stretches last year thanks to his length, but his size does leave something to be desired from a NBA standpoint. This is the second time he's measured at 6-7 1/2 according to our database, but he's at least added 23 pounds to his frame in the past two years.

-Isaiah Taylor measured 6'3 with a 6'3.5 wingspan. The explosive Texas scorer doesn't have great size for a combo guard, and his 168-pound frame leaves something to be desired. On the plus side, Taylor was very productive a year ago as a freshman, and getting stronger should only accelerate his development.

-Gonzaga point guard Kevin Pangos is one of the rare prospects we've come across recently whose wingspan is significant small than his height. Pangos measured 6'2.5 tall with a 5'11.5 wingspan. He measured an identical wingspan last year at this same venue.

-Kansas power forward Perry Ellis has solid, but not spectacular measurements for a power forward prospect, standing 6'8 with a 222-pound frame and 6'10 wingspan. He's added 10 pounds to his frame since his last measurement in our database all the way back in 2010.

-Fellow Bulldog Przemek Karnowski has the same issue, but his 7'1.5, 294-pound frame helps compensate somewhat for his 7'0 wingspan.

-Utah point guard Delon Wright isn't very long relative to his height (6-6 1/2 wingspan), but his 6'5 frame gives him tremendous size for a point guard. His 179-pound frame leaves some room for improvement, but Wright's physical stature is unique for a prospect at his position.

-Juwan Staten has grown an inch since his high school days. Standing 5'11.5 with a 6'3 wingspan and a 186-pound frame, Staten doesn't have great size for a point guard, but he ranks in better company than he did coming into the college ranks.

-Ole Miss big man by way of Spain, Sebastian Saiz measured 6'8 with a 231-pound frame, but its his 7'4.5 wingspan that really stands out. Averaging 5.6 rebounds in just 19.9 minutes per-game, Saiz can be a consistent factor on the offensive glass at the college level.

-Alan Williams, one of the NCAA's most prolific offensive rebounders, combines a 7'1.5 wingspan with a 264-pound frame.

Notable High School Players
-Indiana high school star Caleb Swanigan measured identical to Williams plus 5 pounds and is unsusprisingly one of the elite rebounders in the history of the EYBL. Swanigan weighed in at 231 pounds a year ago and now came in at 269 pounds this week. Its very rare to see a player this age add nearly 40 pounds in just a year, if these figures are indeed accurate.

-Cheick Diallo is having a tremendous summer, and his 7'3 wingspan, coupled with his terrific athleticism, are a big reason why he's among the top shot blockers in the EYBL.

-Temecula Valley (CA)'s Justin Simon's 6'11 wingspan is tremendous for a 6'5 swingman. Shake Milton is in the same boat standing the same size with a half and inch longer wingspan.

-Aaron Holiday, brother of Jrue Holiday who measured 6'4.25 with a 6'7 wingspan at the 2009 NBA Combine, measured 6'1 with a 6'6 wingspan. The UCLA commit isn't as tall as his brother, but has impressive length nonetheless.
Read Next...