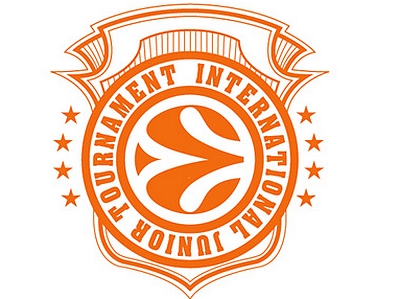 Strengths:
-Good Quickness
-Aggressive player with ball in hands
-Very good in transition
-Gets to the rim and finishes. High 2P% (71% at NIJT)
-Gets to free throw line
-Can make an occasional shot with feet set or off the dribble
-Puts strong pressure on the ball. Solid potential defensively.
-Solid scorer

Weaknesses:
-Needs ball in hands all the time, but doesn't show great court vision
-Has a tendency to overdribble and take bad shots
-Needs to improve playmaking ability in half-court
-Needs to improve pick and roll game
-Inconsistent three-point shooter at times (27% at NIJT), partially due to shot-selection.

Outlook: Talented scoring point guard who is lacking a bit of creativity and court vision to seamlessly transition to senior level. Thrives in transition but doesn't do a great job organizing in the half-court. Missing a bit of intensity. Recently signed a four year deal with Red Star. Lacks standout physical tools for NBA level but should be able to play at a solid level in Europe with added seasoning and coaching.

Strengths:
-Left handed
-Decent size for a wing player. Solid frame
-Versatile player. Does a little bit of everything
-Very good shooter. Can make shots with feet set or off the dribble. Made 52% of his 3-pointers at the NIJT
-Can create off the dribble a bit in straight line with left hand
-Smart player. Makes extra pass. Plays within himself. Doesn't take bad shots
-Contributes on the glass

Outlook: Emerged as Red Star's third option and was consistent in almost every game we saw. Wing player with good size and perimeter shooting ability. Makes shots, rebounds, plays within flow of offense. Not a brilliant talent and doesn't show the best upside, but should develop into a solid player in Europe.

Outlook: Had a great 2012 NIJT but seems to have stagnated a year later. Didn't shoot ball nearly as well and looks to be largely the same player he was a year ago. Average height and narrow frame could make it difficult for him to emerge at senior if he doesn't improve his versatility.

Strengths:
-Good size for a big man at 6-10 or possibly 6-11, to go along with long arms and a great frame
-Shows flashes of a solid skill level. Can put ball on floor. Solid passer. Finishes around the basket
-Very efficient offensive player (72% FG%)
-Competitive player, especially on the defensive end
-Solid rebounder

Weaknesses:
-Plays below the rim. Not a great athlete
-Limited post-player at this stage. Not incredibly skilled. Mostly a finisher
-Needs to develop mid-range jumper, improve free throw shooting ability
-Not much of a presence inside the paint defensively. Just two blocks in 166 minutes

Outlook: An afterthought on this team a year ago, could barely get off the bench. Developed into a very useful player and looks to have a nice future ahead of him. Has solid physical tools, and while still raw offensively, shows signs of a relatively versatile skill-level. Puts forth a good effort defensively and on the glass. Seems to have the most intensity of any player on the team.

Strengths:
-Solid size for a PG. Strong frame
-Solid athlete
-Good ball-handler. Effective in transition. Can play pick and roll
-Unselfish player. Passes ahead in transition. Distributes to teammates
-Can shoot the ball from outside. 40% 3-point shooter at NIJT
-Competitive player. Puts a good effort in on defense. Rebounds well

Weaknesses:
-Still developing as a playmaker. 1/1 assist to turnover ratio at NIJT

Outlook: Solid all-around point guard who shows good potential in a variety of different areas. Upside is limited as he doesn't appear to have off the charts athleticism, creativity or scoring instincts. Should develop into a solid European point guard with added experience and coaching.

Outlook: Combo guard headed to UC-Irvine. Possesses intriguing talent as a shooter/scorer and creator. Needs to round out his game, improve his defense and become a more effective player in the half-court, but has all the makings of a very good college player at the very least.

Strengths:
-Has tremendous size at a legit 7-0 plus, with a strong frame and an extremely long wingspan
-Excellent potential defensively with his size, length and decent shot-blocking instincts
-Very good offensive rebounder

Outlook: Possesses a rare combination of size, length and strength, but doesn't have any real idea how to use it at the moment. Lacks the athleticism to be considered a top-shelf center prospect, but could develop into something interesting with patient work and good coaching down the road.

Outlook: Was just 15 years old at the NIJT Belgrade Tournament. Made a big splash in the very first game, scoring 25 points with 8 rebounds. Never came close to replicating that afterwards but showed some interesting flashes of talent and inspired a great deal of debate about what he might develop into over the next few years. Will he grow? What will his body look like down the road? Will he improve his skill-set and develop into a perimeter oriented prospect, or is he best suited as an interior player?

Outlook: Physical specimen who is very much stuck between positions at the moment. Not big enough to play on the interior, but not skilled enough to be a perimeter player. Not much of a scorer in general. Still has another year at INSEP as a 1996-born player. Will need to work hard on his skill-level.

Strengths:
-Possesses an incredible frame for a 16-year old
-Very long wingspan
-Good athlete
-Very aggressive offensively
-Can put ball on floor a bit
-Shows some instincts as a shot-blocker

Outlook: Has excellent physical tools, especially a tremendous frame for a player his age. Doesn't have any real understanding of what his role is on the court is at the moment. Must improve his hands and become a better rebounder to reach his potential on the basketball court. Could develop into an interesting prospect down the road with good coaching and added experience.

Weaknesses:
-Somewhat stuck between the 3 and the 4. Has the size of a small forward but the game of a power forward at the moment
-Limited offensive player
-Average ball-handler. Cannot create his own shot. Doesn't get to the free throw line
-Inconsistent outside shooter. Just 8/27 (30%) in nine NIJT games

Outlook: Scrappy combo forward who plays a limited role offensively. Shows interesting potential defensively. Could develop into a solid prospect for European basketball if he can become a more consistent outside shooter.

Strengths:
-Playing point guard now. Has good size for position
-Can make an open 3-pointer
-Has a good feel for the game
-Very young

Weaknesses:
-Average athlete
-Struggles to create anything inside the arc. Shot 29% from 2-point range in the NIJT
-Not athletic, strong or tough enough to finish around the basket
-Lacks aggressiveness. Doesn't show much intensity on the floor
-Defensive potential a question mark

Outlook: Doesn't look like he's grown in the last year. Still the same physically. Barcelona is trying to convert him to point guard, with mostly mixed results. Lacks the quickness or aggressiveness to create effectively off the dribble. Operating on the ball has hurt his shooting percentages from outside as well (33% at NIJT). Struggles to stay in front of opposing guards. Long-term upside is a question mark.

Strengths:
-Good height for a center
-Solid skill-level for size
-Decent athlete. Can play above the rim in space
-Good target on pick and roll
-Can create a little in the mid or low post
-Finds open man
-Solid rebounder
-Solid basketball IQ

Weaknesses:
-Has an average frame that may or may not fill out
-Poor lower body
-Has high hips. Lacks great balance. Gets pushed around with ease
-Not incredibly tough
-Has fairly weak hands
-Struggles to finish in traffic
-Defensive potential a question mark

Outlook: Solid player for the junior level, but difficult to see him ever reaching Barcelona's level. Should be able to enjoy a good career at a lower level in Europe with his solid combination of height and decent skills, but will need to get stronger and tougher long-term.

Strengths:
-Left handed
-Good size for a point guard
-Very good athlete. Strong first step. Can play above the rim
-Very good in transition
-Can create shots for himself and others driving left or right
-Makes simple passes
-Can make an open 3-pointer. Slow release, but can make a shot with feet set
-Competes on defense. Gets in passing lanes

Weaknesses:
-Body still needs to fill out
-Isn't always able to finish what he creates for himself in the half-court
-Lacks some toughness around the basket. Throws up weak floaters instead of going all the way to the rim and looking for contact
-Needs to improve ball-handling skills, ability to change speeds
-Not the most instinctive point guard. More of a combo at this stage
-Not overly creative. Shows average court vision. Somewhat mechanical
-Average shooter at best. Needs time and space to get shot off

Outlook: Once one of the most highly touted prospects in his age group in Europe, then deemed somewhat of a disappointment, Sans looks like he might be back on the right track. He looked very focused at the NIJT in London, playing his role effectively and doing a solid job of running Joventut's structured half-court offense. He showed flashes of athleticism and a versatile all-around game as well, but still needs to improve on his perimeter shooting, ball-handling and playmaking skills. With his size and athleticism, Sans has very good potential to continue to progress as a prospect, even if some doubts about his mentality still exist.

Strengths:
-Good size for a wing
-Solid athlete
-Skilled and versatile player with a good feel for the game
-Can make a 3-pointer with feet set
-Can attack a closeout with nice footwork
-Doesn't make mistakes
-Unselfish, team oriented player

Weaknesses:
-Very poor frame. Major questions about how much his body will fill out in time, and how that will affect him at the pro level
-Inconsistent shooter. Has a bit of a hitch in his jump-shot
-Struggles to finish around the basket through contact
-Lateral quickness is average, may struggle to defend quicker and stronger wing players

Outlook: One of the key players on the team that won the NIJT championship. Versatile player who contributes in a variety of different areas. Has good height, but a poor frame which could hinder him from reaching his potential as a player at the pro level. Not spectacular in any area, but looks like a good prospect for European basketball, particularly if he's able to become a more consistent shooter.
Read Next...