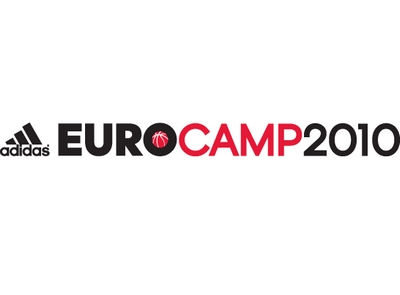 Jonathan Givony
@DraftExpress
The EuroCamp kicks off on Saturday in Treviso, Italy, and DraftExpress will be out covering the event for the 7th straight year.

Following the acquisition of Reebok in 2005, the EuroCamp will now be run by adidas for the first time, and with it we find a slick new website and an increased focus on promoting adidas athletes at the camp, such as Rodney Stuckey and Nicolas Batum.

adidas Basketball is very excited to partner with such a great event. Eurocamp has become a cant miss event for NBA and European scouts, said Jim Gatto, adidas Head of Basketball Sports Marketing. adidas looks forward to playing a significant role in the development of the top international players in the world.

The camp will be conducted from June 5th to 7th at the La Ghirada Sports Complex in Treviso, and will be held under the watchful eyes of representatives of all 30 NBA teams and all the most influential members of the European basketball community.

One of the most appealing aspects of the Eurocamp as far as NBA teams are concerned is the fact that it acts as a one-stop shop for International prospect scouting, saving an incredible amount of time and money for executives that otherwise would have to trek around Europe for months to see each of the players individually.

Instead, they are neatly assembled here in a very convenient setting, allowing us the chance to evaluate their skill-sets in numerous drills on a daily basis, as well as in five on five scrimmageswhich is a valuable thing considering that the competitive aspect of the NBA Pre-Draft Camp has been eliminated.

An added benefit will be the presence of the Croatian and French U?20 national teams playing head to head, which will give scouts a chance to see another large chunk of prospects that they otherwise would have had to go out of their way for.

In terms of the camp itself, 49 prospects have already been confirmed, with a few more potentially on their way pending the results of their teams domestic league playoff campaigns.


As always, the EuroCamp (under the steady guidance of director Pete Philo and project leader Jelena Soce) has done a nice job assembling a good mix of different types of prospects, some who need to be evaluated immediately for this years draft, and some who will emerge as serious draft prospects in the future.

Past participants include the likes of Danilo Gallinari, Serge Ibaka, Andrea Bargnani, Marco Belinelli, Nicolas Batum, Rudy Fernandez, Marcin Gortat and many others.

The two players with the best chance of being picked in the first round this year are probably 1989 German-born small forward Robin Benzing, and 7-foot Serbian center Miroslav Raduljica.

An interesting trend that we already saw starting last year was the presence of young American players who played overseas. That continues this time with Jeremy Tyler, who few people saw this year in limited playing time with Maccabi Haifa, but will become draft-eligible automatically next June.

Two Brazilian players, Lucas Alves and Jonathan Tavernari will be present, both fresh off completing their college careers at BYU-Hawaii and BYU-Provo.

A new and very exciting development is the presence of two Chinese players, Meng Duo and Dong Hanlin, likely spurred on by the extremely strong ties that adidas has in the Far East. It will be very interesting to see how the two fare, particularly Hanlin, who is already a Chinese national team member and was named to the CBA all-star team at the age of 19.

Perhaps the EuroCamps greatest value lies in getting an early read on promising young players who are just on the verge of becoming important players at the professional level, something that holds true for both the NBA and European talent evaluators in attendance.

The last few camps gave us the opportunity to evaluate the likes of Jan Vesely and Donatas Motiejunas for example, now considered two of the top young prospects in European basketball, which was extremely helpful.

Players such as Dejan Musli and Tomas Satoransky fit into that mold perfectly as far as the consideration they will likely get from NBA teams in the future. Seeing how theyve progressed over the past year playing professionally in the Adriatic League and ACB respectively should be very interesting.

Augusto Lima, Nihad Djedovic, Mamadou Samb, Matias Nocedal and Josep Franch fit that mold as wellthey all happen to hail from the various Spanish leagues, but theyll all be here under one roof showing their wares.

In addition, there are a good amount of players on the roster with names that dont roll off the tip of the tongues of even the most knowledgeable NBA international scouts. Some of them are draft-eligible 22-year olds, such as Romanian power forward Titus Nicoara, and some who are as young as 17-years old, such as Greek forward Linos-Spyridon Chrysikopoulos.

Stay tuned this weekend as we kick off our coverage of the EuroCamp.
Read Next...