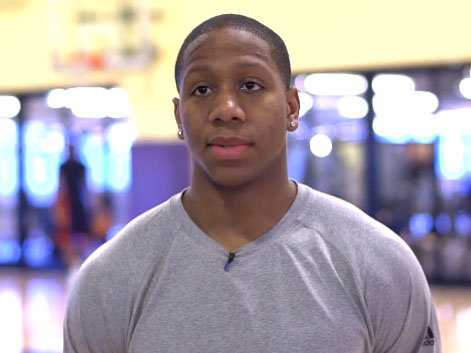 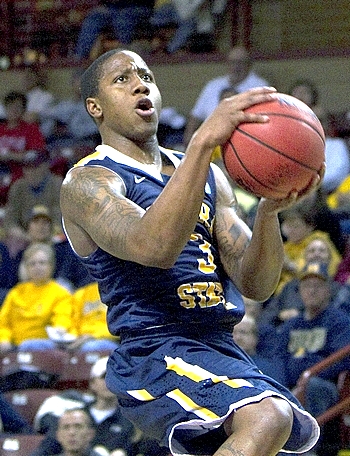 Returning for his senior season at Murray State, Isaiah Canaan and the Racers had a hard act to follow after going 28-1 in the regular season and 15-1 in the Ohio Valley Conference last year. While the team initially struggled somewhat during their out of conference schedule, the Racers have gone 8-2 since conference play began, including a big win over previously undefeated Belmont last night.

Standing 6'1" in shoes with a solid 6-4 wingspan, Canaan is the offensive focal point for Murray State, accounting for nearly a third of the team's offense, third highest amongst top-100 prospects.

While playing the point guard position, true mainly in the sense that he is the team's primarily ball handler and initiator in the half court. Canaan is clearly a shoot first guard, a role that he has been asked to play his entire career at Murray State.

Canaan is a natural scorer, with his primary weapon being his jump shot. While his three point percentage has taken a dive this year (down to 38.9% from 45.6% last year), the shot forms the majority of Canaan's offense, and his overall excellent form indicates that his percentages should likely rise if he is able (and willing) to be a little more selective with his attempts.

Canaan is extremely comfortable shooting off the dribble, ranking #1 in this category amongst college basketball players (minimum 80 possessions) according to Synergy Sports Technology at 1.1 points per possession. The only draft prospect who can compete with him in this area is Trey Burke, who makes a slightly higher percentage of his pull-up jumpers (45% as opposed to 43%) but makes fewer off the dribble 3-pointers, which gives Canaan the edge. Canaan is able to steady himself and get good elevation and balance on his jump shot coming off the pick and roll, with a quick release that is hard for opponents to defend. This ability to shoot off the dribble and coming off of picks provides the primary intrigue in Canaan at the next level.

He's equally as proficient in catch and shoot situations (44%, 1.3 PPP), although he gets far less of these (two per game as opposed to six pull-ups) due to his role as the dominant focal point of Murray State's offense. Canaan does a good of being in position to receive the pass and has an extremely quick release with good follow through, and is deadly with even the slightest bit of separation, something that he isn't afforded with regularity due to opposing teams game planning against him. As a freshman, carrying a much lighter offensive load, Canaan made 48% of his 3-pointers on a healthy amount of attempts. 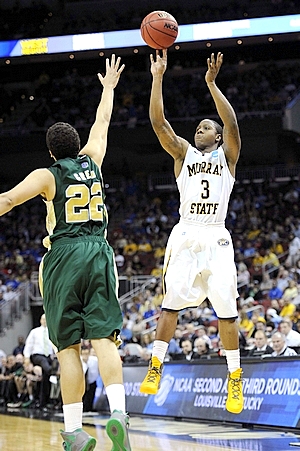 Canaan doesn't possess an incredible first step, and isn't a tremendous athlete in general, but he is very quick with his dribble and maintains excellent control, allowing him to play faster with the ball in his hands than his overall athleticism would indicate. He does a good job changing direction with his dribble, and has improved changing pace this year, something he didn't always do much of in previous years, but will be key if he hopes to have success at the next level. He's very comfortable splitting the pick, presenting another tough move in his arsenal that defenders have to game plan against, and likes to create contact in the lane with his strong, 200 pound frame, often just overpowering weaker OVC guards, drawing plenty of fouls in the process.

Once he gets into the lane he's not always able to capitalize on the attention he receives, however. Canaan isn't incredibly explosive, which presents problems finishing at the rim over length. He is shooting only 49.4% on his two point attempts this season and just 49% at the rim overall according to Synergy Sports Technology, both well below average, especially relative to the level of competition he plays against. He has an array of floaters in the lane which help offset this, and despite his diminutive size, Canaan has a well-developed upper body and does not shy away from contact, allowing him to draw fouls at a fairly impressive rate considering his small stature.

As a passer, Canaan gets the majority of his assists off simple drive and kicks from pick and roll sets, although he's not particularly comfortable in these settings and doesn't have the greatest of court vision or awareness. On the season, Canaan is averaging only 4.3 assists per 40 minutes pace adjusted compared to 3.4 turnovers, giving him a -1.43 pure passer rating, one of the worst amongst point guards in our top-100 rankings. Besides vision, he very much has a shoot first mentality, something that may be needed on the Racers squad, but presents a question mark about how he may respond when asked to play a smaller role at the NBA level.

On the defensive side of the ball, Canaan's physical profile presents some obvious hurdles to overcome. Beyond his lack of size, his lateral quickness appears to be just average, and his attention isn't always there, although this could largely be a byproduct of the amount of energy he has to expend on the other end of the court.

With Canaan's scoring prowess, perimeter shooting ability and comfort operating in a pick and roll offense, he is firmly on the NBA draft radar, despite his shortcomings. With Murray State poised to earn a NCAA tournament bid through the Ohio Valley Conference, some additional opportunities to show himself against legitimate NBA caliber point guards could certainly help Canaan's chances on draft night.
Read full article 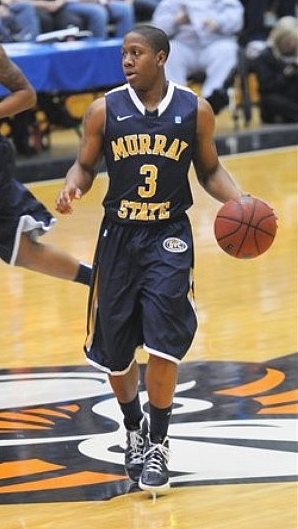 Isaiah Canaan overcame staggering adversity in the wake of Hurrican Katrina before traveling north to join the upstart Murray State Racers. A long way from Katrina-ravaged Biloxi, Canaan is now one of the best offensive players in the country. Not only has the junior point guard led the Racers to a 23-1 record and a top-ten national ranking, but he has also established himself as a legitimate prospect in the process.

Standing around 6'0 with a solid frame and wingspan, Canaan is undoubtedly undersized for the point guard position. He is not a standout athlete, either, lacking comparable quickness and explosiveness to most undersized NBA guards. He is able to compensate somewhat due to his quickness with the ball in his hands and his solid body control around the basket, but his physical profile is well below average at the next level.

Despite his physical limitations, he is one of the more prolific offensive players in the country, averaging a stellar 22.8 points per 40 minutes pace adjusted while shooting 47.1% from the field.

While Canaan can do many things well on offense, he is an elite perimeter scorer. In fact, he is one of the most accomplished three-point shooters in the country at a blistering 46.3% from beyond the arc on 7.7 attempts per 40 minutes pace adjusted. He has textbook shooting mechanics as well, complete with solid elevation and range that extends well beyond the NBA three-point line.

More than just a spot-up shooter, Canaan does an excellent job creating space for himself to get shots off, looking just as comfortable shooting off of the dribble as he is spotting up thanks to his outstanding scoring instincts. He's taking more pull-ups than catch and shoot jumpers this season, but is knocking down his off the dribble looks at an outstanding 41% clip, which ranks amongst the best in college basketball.

Canaan could certainly stand to improve his ability to get inside the paint, however, as his lack of elite athleticism and size limit him significantly as a finisher around the basket. Canaan converts just 45% of his attempts around the basket, a very low rate, and on film, it's common to see his shot blocked, as he simply struggles to finish over bigger players. While his strength and body control help him to compensate somewhat, his ability to do more than just knock down tough jumpers is likely scouts' most significant concern looking to the next level.

So, too, is the question of positioning. Canaan is a point guard in the sense that he facilitates the offense and is the primary ball handler for the Racers, but he looks for his own shot first. Even as he thrives in Murray State's pick-and-roll game, it's usually in a scoring capacity. He shows some basic court vision in transition and in drive and dish situations, but there are concerns about whether he has the mentality to distribute the ball effectively when playing with significantly better players around him at the professional level. Canaan's 0.19 pure point rating currently ranks 42nd amongst the 69 players designated as point guards or combo guards in our database.

Yet another question mark presents itself on the defensive end. While Canaan is fine guarding point guards in the Ohio Valley Conference, he is unproven against elite competition and games against Memphis, Dayton, and Southern Mississippi comprise a very small sample size, hardly representative of NBA-caliber point guards. While he can be active and aggressive for stretches, Canaan's lateral quickness looks average at best. He struggles to stay in front of quicker guards both one-on-one and while defending the pick-and-roll, where he lacks the size and strength to fight through screens. Due to his physical deficiencies, it is unlikely that he is ever more than an average defender at the next level. That being said, his struggles seem to be, in part, an issue of consistent focus and effort, as well.

Regardless of Murray State losing their undefeated status last night, Isaiah Canaan has put himself on NBA scouts' radars. The NCAA tournament should offer him chances to prove himself against better competition, which will do a lot to raise his draft stock and quell doubts that he is too small to compete at the next level. Scouts will want to see if he can capitalize on his success this year and develop further as a facilitator, finisher, and defender. It remains to be seen whether or not he will test the draft waters, but what is clear is that if the NBA is not an option, then he should have plenty of suitors at a high level overseas.
Read full article