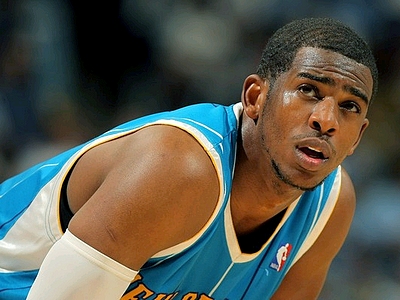 Kyle Nelson
@KNelsonDX
An in-depth look at the roster situations of the San Antonio Spurs, Houston Rockets, Dallas Mavericks, New Orleans Hornets and Memphis Grizzlies--what they have, where they are going and who are the players that may be targeted in this upcoming draft.

Despite playing all season with an aging and injury depleted roster, and the second half of the season without the services of star swingman and sixth man Manu Ginobili, the San Antonio Spurs demonstrated that chemistry, great coaching, and experience can make an average team great. Unfortunately for the Spurs, this combination could only take them so far, and ultimately; they failed to make their mark on the playoffs. Now, it looks to be the end of an era in San Antonio, as this team is only getting older. Similarly, with Manu Ginobili entering a contract year, next season may be the last time that the Spurs legendary core suits up together. After making a number of trades to shore up their playoff hopes over the past few seasons, and unluckily missing out on signing Tiago Splitter, this team lacks young talent and significant assets, which puts pressure on GM R.C. Buford to make something happen during this off-season.

If any NBA team could turn three second round picks into a solid draft, it would be the Spurs. Adding talent through this draft is essential, and the Spurs front office has shown the foresight in the past to find underrated domestic and international role-players who could inject life into their team. While the second round is anything but certain, and this draft class is weaker than in past years, there could be a few prospects worthy of a look should the Spurs choose to use their draft picks. They are rumored to be angling to move up, possibly into the end of the first round, where there is a bit more talent than in the very shallow second round.

The Spurs need upgrades at almost every single position, but their most urgent needs lie in the post, to find a starting center or a back up for Tim Duncan, and on the wing. Theyve been looking to find a successor for Bruce Bowen for some time now on the wing, and will have to find a way to make an upgrade at the small forward position sooner rather than later. Considering how well theyve scouted internationally over the past few years, its not out of the question that one or more picks comes from Europe. Regardless of what direction they choose to pursue, the Spurs need to have a very productive off-season if they want to continue their winning ways, and maximizing their assets in the draft wouldnt be a bad way to start.


First Round Candidates: No first rounder

The Houston Rockets were a surprise this season, winning a playoff series without Yao Ming and Tracy McGrady while showing the world that their young talent and role players were not too far away from contending. This off-season, though, they will be back at the drawing board, trying to make moves that allow them to keep pace in the ultra-competitive Western conference. Ron Artest and Von Wafer are free agents with major long-term question marks, McGrady and Ming will be returning from serious injuries, and Dikembe Mutombo is finally retiring. Regardless of what the Rockets choose to do with Ron Artest, this team is at a crossroads. 2/3rds of their cap is committed to two superstars who have proven to be among the least dependable and durable in the NBA, and they wont have much wiggle room underneath the luxury tax to make big moves if they resign Artest. Luckily Houston has been able to surround their top options with championship caliber role players such as Shane Battier, Luis Scola, Aaron Brooks and Carl Landry, shrewdly doing so on the cheap, no less.

Without a draft pick, improving the roster to the necessary extent may prove to be quite difficult, especially without a tremendous amount of cap flexibility. The free agent class this summer, however, should offer some nice alternatives and this front office will definitely put the leg-work in to uncover players who will be undervalued and underrated. That might start on draft-night already, where Houston appears to be willing to buy their way into the late first round. The Rockets are a unique blend of potential and star power, and if they can find a way to stay healthy next season, theyll be right in the mix amongst the top teams in the West.

First Round Candidates: None.

The Mavericks were on the verge of a disappointing season, but a late season run and an inspired playoff performance both salvaged the season and provided optimism for the future. While Jason Kidds free agency is a major issue, the Mavericks proved that when Dirk Nowitzki and Josh Howard are healthy, this team has the potential to be very good. On the other hand, the Mavericks are not getting any younger and may lack depth, particularly in the post, which compounds the off-season further if Jason Kidd walks. Brandon Bass will surely be targeted by other playoff contenders as well, and will likely demand a big raise. The fear is that the window may be closing on this roster and that the only direction left is to rebuild. Thankfully for the Mavs, theyve been pretty smart about managing their cap situation, and should be in a position to retool fairly quickly.

While free agency will likely be the priority in order to reinvigorate this roster, the 22nd pick in the draft certainly has the potential to aid this process. Looking at the Mavericks, three positions are in immediate need of help: point guard, shooting guard, and center. If Jason Kidd leaves, then there is a gaping hole in the point guard rotation, creating room for a pass first point guard. At the shooting guard position, Antoine Wright has certainly gotten better over the years, but he is not an NBA caliber starter. Neither is an aging Jerry Stackhouse, who is likely to be bought out and has a very attractive non-guaranteed contract that could fetch an excellent asset from a team that is struggling financially. Similarly, Erick Dampier and Ryan Hollins comprise a fairly uninspiring center rotation, and may not complement Nowitzki in the most optimal way.

Being at the top of the standings and extremely active on the trade market, the Mavericks havent had many opportunities to get better through the draft. With the picks they had, they have not drafted incredibly well. Addressing any of their primary needs would signal a successful draft for the Mavericks, but things might first need to get a lot worse in the next season or two before they are able to get much better.

After a solid start, the Hornets collapsed as the season wound down and skidded to a seventh seed in the playoffs, before making an embarrassing first round exit. There were many reasons for this collapse, from exhaustion and injuries to a lack of confidence in the coaching staff and a complete lack of depth and talent outside of Chris Paul. The Hornets second unit was among the worst, if not the worst, in the NBA, which was exposed in the post-season. Their stars were asked to play far too many minutes and this resulted in fatigue, injury, and a lack of chemistry. Ultimately, despite possessing the best point guard in the league and coming off an exciting post-season run just one year ago, the Hornets regressed and are once again on the playoff bubble. This off-season presents an opportunity to change that and return the Hornets back on their track to contention. The question iswill ownership be willing to spend in order to make that happen?

Depth is their biggest concern, and with just one draft pick and the team in cost-cutting mode, this summer might not yield the types of personnel changes that the Hornets require if they want to contend once more.

Their most pressing roster need is in terms of bench depth at the center position. Tyson Chandlers future with the team is unknown, as is his ability to stay healthy, and any team that plays Hilton Armstrong and Sean Marks for significant stretches is not going to win a championship. The Hornets need another big man who can defend, rebound and finish on the pick and roll off Chris Pauls assists, but these players arent exactly growing on trees, and they surely arent cheap.

Having another scoring guard to take pressure off Chris Paul would be very beneficial as wellbringing back Jannero Pargo certainly would make sense. If Peja Stojakovics back is unable to hold up, then more firepower on the wing will be needed too.

This off-season is crucial for the Hornets, as they are in a precarious position, and desperately need to get healthy and find a way to get back the swagger they had in 2008 if they are to keep their superstar point guard happy.

Memphis made a lot of moves last summer that injected their roster with some much-needed talent. That said, their 24 win season indicates that there is a lot of work left to do, as there are gaping holes throughout the rotation, and very little in the ways of veteran leadership. Despite the plethora of talented young players on this roster, it is still to be determined whether or not O.J. Mayo and Rudy Gay are capable of leading this franchise to the next level. The two players did not always have the greatest chemistry at timesseemingly looking more interested in their own stats than winning games, and it will be interesting to see if they can play better alongside one another next season, with a stable coaching situation and a more mature Mike Conley Jr. at the helm.

With two first round picks and a high second round pick, the Grizzlies have a very good chance of improving their roster through this draft. Their most immediate need is for a guard to play alongside O.J. Mayo, who can provide scoring and distributing when needed. This is a draft filled with solid options at the point or combo guard positions, and the likes of James Harden and Tyreke Evans will be getting long looks. Another direction that the Grizzlies could pursue is at the power forward spot, where they have a plethora of young and raw big men, big on potential and short on experience. Finding an active, athletic, rebounder who can run the floor and complements Marc Gasol would be a major coup for this team.

The Grizzlies are in an enviable position as far as roster flexibility is concerned, as they are under the cap, have very few bad contracts on their books, and have stockpiled a number of attractive assets over the last few years, including this years #2 overall pick. With that said, its not quite clear what Memphis window to compete looks like at the moment, as there is plenty of uncertainty regarding the ownerships willingness to spend on building a competitive bench and coaching staff that can compete with the top franchises in the NBA. That's one of the reasons why arguably the second most talented player in this draft, Ricky Rubio, is doing everything he can to avoid playing here.

The Grizzlies can pursue any number of options in this draft, and though the playoffs might not be in their immediate future, the team has a tremendous opportunity to turn things around in the coming years.