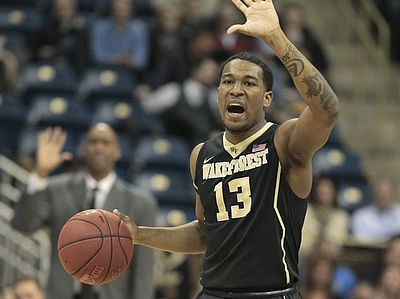 A Memphis transfer who will be eligible for Virginia after redshirting last season, we prefer to wait and see how the highly sought after transfer adjusts to his new surroundings before updating his DraftExpress profile, which already features an interview and scouting report.

Trial by fire was without a doubt the theme of his freshman season but, in spite of the inherent growing pains that come with being the leader of a young team, Crawford impressed in spurts and can build upon his playmaking, perimeter shooting and defensive prowess. The 19-year old point guard will certainly enhance his profile and create intrigue amongst decision makers at the next level if he improves his shot selection, consistency, in-between game, decision making and defense. Scouts will be monitoring his development closely this season and beyond to see if he can learn from his experience and improve his polish.

Without the benefit of extensive high school footage, we prefer to wait and see how Huff performs as a freshman before adding to his DraftExpress profile.

Without the benefit of extensive high school footage, we prefer to wait and see how Forrest performs as a freshman before adding to his DraftExpress profile.