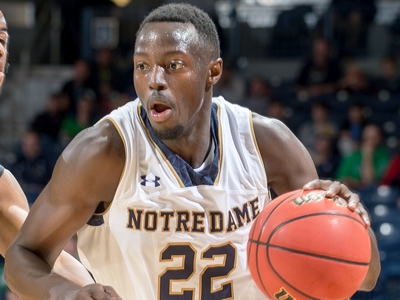 Two potential Cinderellas, of very different nature, battle for an improbable Sweet 16 berth. UAB rode strong defense and some timely shooting from Virginia Tech transfer and former Top-100 recruit Robert Brown to an amazing upset over Iowa State, while Bryce Alford may have saved his father's job with an incredible 9-11 three point shooting performance in a controversial win over SMU.

Scouts will want to see more from potential lottery pick Kevon Looney, who continued to struggle offensively in the Round of 64 with the physical play of SMU's frontcourt. Looney has been wearing a mask since suffering a facial fracture in the Pac-12 tournament, which may partially explain his recent slump. UCLA will try to take advantage of their superior size and talent inside the paint to advance past a UAB team that showed great toughness in upsetting Big 12 tournament champions Iowa State. 6-9 freshman power forward William Lee was a fairly highly touted recruit and had a strong game with 14 points and 14 rebounds for the Blazers, particularly down the stretch.

This is unlikely to be the prettiest game of the day, as the best defense in college basketball matches up with the team ranked 17th in the country in defensive efficiency. Cincinnati beat Purdue in overtime, while Kentucky easily handled Hampton. Playing in Louisville is an obvious advantage for Kentucky, but being less than 100 miles from campus might help some Cincinnati fans sneak in as well.

Karl Towns has continued to blossom as the season has moved on, posting an impressive 21 points, 14 rebounds and 3 blocks in just 25 minutes of action against Hampton. Willie Cauley-Stein was also a significant contributor with 7 points, 17 rebounds and 2 blocks in only 20 minutes. Slowing those two down inside will be a major challenge for Gary Clark and Octavius Ellis.

One of the highlights of the day for NBA scouts will be seeing how D'Angelo Russell fares against Arizona's tenacious defense. They'll specifically be interested to see how he is able to cope with the suffocating length of Rondae Hollis-Jefferson, arguably the best perimeter defender in the college game. Hollis-Jefferson is coming off a career high 23 points in the Round of 64 against Texas Southern, while Russell was phenomenal against VCU, scoring 28 points while hitting 4/7 shots from beyond the arc. Arizona's own freshman stud, Stanley Johnson, made 4 of his 5 attempts from beyond the arc against TSU, and will be closely monitored by scouts as well. He too is likely to see some possessions guarding Russell.

Once again Georgia State, not Xavier, will have the most talented player on the floor in coach's son R.J. Hunter. Hunter was struggling through one of the worst performances of his college career against Baylor for the first 37 and ½ minutes, scoring just 3 points on 1-8 shooting, but came through in a huge way with 13 consecutive points from that point on, including the game-winning basket on an amazing 35-foot jumper from well beyond the top of the key. Hunter is shooting just 29% from beyond the arc on the season (and 35% for his career), but continued to show why he is considered one of the most dangerous shooters in the country with his late-game heroics.

Xavier is fairly undersized in the backcourt, so it will be interesting to see how they elect to guard Hunter. Baylor was able to frustrate him with different zone defenses that were heavily geared towards preventing him from getting good looks until he stepped well beyond the arc for his game-saving miracle bombs. Xavier has a 1-3-1 zone defense they will utilize at times too, even if they usually start off playing man to man. Matt Stainbrook is a load inside the paint offensively, and also a strong passer, which will be a challenge for a Georgia State team that likes to play smaller lineups.

Villanova cruised to an easy 93-52 win in their opener against Lafayette, leading by 23 at halftime. They'll be well rested and ready for a N.C. State team that needed a furious late-game comeback to overcome LSU.

Cat Barber's tremendous speed in the open floor proved difficult for LSU to handle, and will be a challenge for Villanova as well, possibly forcing them to hide slow-footed Ryan Arcidiacono on shooters Trevor Lacey or Ralston Turner. Those two shot just 3/17 from beyond the arc against LSU, but are both very dangerous marksmen.

Villanova senior wing Darrun Hilliard is a versatile small forward who can defend, shoot and make plays for others. He could very well be the best prospect on the court in this game, and will be getting looks from NBA teams after a strong Big East campaign

Jakob Poeltl had one of the most impressive performances of the Round of 64 from a NBA Draft standpoint against Stephen F Austin. It was a given that he would be able to impose his will inside the paint being six inches taller than the biggest player on the Southland conference champions, but the small-ball nature of the game actually allowed him to shine in other ways. Most coaches would have elected to play zone against such a small team that features as many outside shooting threats as SFA does, but Larry Krystkowiak didn't budge, and Poeltl made him look very smart, covering ground beautifully and looking incredibly fluid and agile for a 7-footer in the process. The Austrian also made significant contributions offensively (18 points), which were sorely needed on a very down night for Delon Wright (2/7 FG, 2 assists, 6 turnovers).

Utah will need Wright to play much better against Georgetown, who were able to fend off Eastern Washington thanks to an impressive shooting night (11-23) from beyond the arc. Joshua Smith was mostly a non-factor for the Hoyas, picking up 3 fouls in 7 minutes and generally looking out of place in a very up-tempo contest, so it will be interesting to see how he fares against Poeltl and Utah, who play at a much slower pace.

Both North Carolina and Arkansas were lucky to advance despite poor outings, winning their games against Harvard and Wofford by two and three points respectively.

Bobby Portis struggled early on against the undersized Wofford frontcourt, and will need a much stronger outing against the likes of Kennedy Meeks and Brice Johnson to give his team a chance to make the Sweet 16. This matchup inside will be one of the highlights of the day for NBA scouts, and will be a signature game NBA teams will want to study if any of those players elect to put their names in the draft.

On the perimeter, Michael Qualls will be looking to make a name for himself against UNC's wing duo of J.P. Tokoto and Justin Jackson. Qualls, a freak athlete with a streaky outside jumper, had a very strong outing against Wofford, scoring 20 points on 8-9 (2-2 3P) shooting.

Freshman Justin Jackson has been playing some of his best basketball as of late, shooting the ball well from the perimeter (14/33 for 3 in his last 10 games) after a very slow start to the season (9/52 in the first 25 games). Jackson's cold shooting and overall average play early on had extinguished any talk of him as an early-entry candidate despite coming into the year with the pedigree of a top-10 high school recruit, but continuing to perform well in the month of March could change things, particularly since he is a little older than your average freshman, turning 20 next week.

Notre Dame got a bit of a scare from a well-coached Northeastern team that was in the game until the very end. Their highly touted backcourt of Jerian Grant and Demetrius Jackson started slowly but made some nice plays down the stretch, feeding Zach Auguste repeatedly inside the paint and helping him finish with 25 points on 10-14 shooting. The duo finished with 28 points and 13 assists between them.

It will be interesting to see how Butler decides to defend Notre Dame's talented guards, as Alex Barlow really struggled at times to contain Texas' Isaiah Taylor in one on one situations while fellow perimeter players Kellen Dunham and Roosevelt Jones aren't known for their lateral quickness either.
Read Next...